"Twenty years from now you will be more disappointed by the things you didn't do than by the ones you did do." -Mark Twain 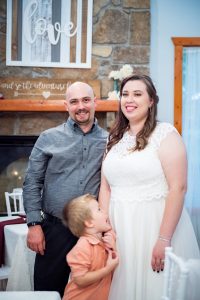 Well 2020 was a dumpster fire. No arguments there, but if life works on the “f@#k around and find out” theory, 2021 is the year we found out what we’re made of. The normal type is me, the italics is the Pretty Lady. I have had one hell of a year. As you may recall, […]

Hello all! Short post to give you guys information on voting in our honeymoon contest. Since we are not accepting gifts for the wedding we decided to set up a way for people to donate for our honeymoon. With a twist. For our honeymoon, we are going to pick a direction, point the Jeep in […]

Hello all! A blog post is long overdue. If you are still watching the page/Facebook thank you for sticking with us! Hopefully this summer we will be able to be more active on here. We do have our wedding in July and a week together in one of our Jeeps with no real destination. Speaking […]

“Who has not felt the urge to throw a loaf of bread and a pound of tea in an old sack and jump over the back fence.” – John Muir


My name is Tyler DeLong and I have had this urge most of my life. I blame my parents, they were roadies back in their day and they instilled in me a severe hatred of things going stale. So far in this life I have literally run away with the circus, traveled over a quarter million miles by bus, worked with some serious big names in the entertainment industry, and become an eccentric adventurer with a tendency to make poor life choices that make for amazing stories.


Along the way I have picked up Grant, also known as Tiny Terrorist. He is 3, loves Paw Patrol, climbing, yelling, running with scissors, and plotting the deaths of his parental units.


The other parental unit is Caitlyn (also known as Pretty Lady) who rounds out the team. She is a saint, and a back seat driver. Grant and I are still training her to embrace the adventures. Don’t worry, you’ll get to hear her opinions first hand from time to time.

Also, my jeep is named Jeff. I named him after a scoutmaster I ran across as a youth. Jeff was old, cranky, and clearly there was always something wrong with him, but no one wants to know what is wrong because then they would have to help fix it. Caitlyn also has a Jeep named Jackson, after Andrew Jackson. He has an inferiority complex because he knows Jeff is by far the superior jeep.


Together we are the Team that writes, photographs, and enjoys the adventures that are A Man, A Jeep, No Real Plan!